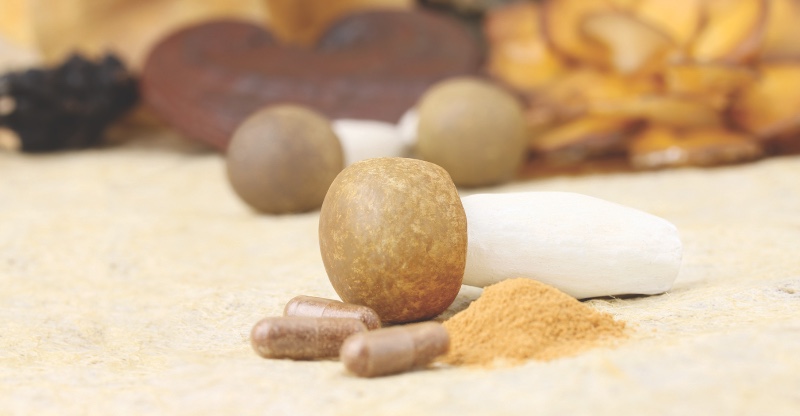 The Agaricus Subrufescens or royal/sun agaric, almond mushroom , ji song rong (姬松茸) belongs to the Agaricaceae family, is a relative of the common button mushroom, and is both a culinary and vitality mushroom. It got its name, almond mushroom, from its smell. Originally, it comes from Brazil, where it is called Cogumelo do Sol, Cogumelo da Vida or Cogumelo Santo. All three names refer to the highest esteem given to this particular mushroom.
The royal/sun agaric mushroom also has three botanical names, because it was, so to say, discovered three times. It is now believed that all three names (Agaricus Subrufescens, A. Brasiliensis, A. Blazei Murrill) denote the Agaricus Subrufecens, which was first scientifically described in 1893.
Ji song rong strengthens the zang fu, xue and wei Qi, transforms phlegm, suppresses internal wind, regulates Qi and eliminates Chong.